by Nick Pride & The Pimptones 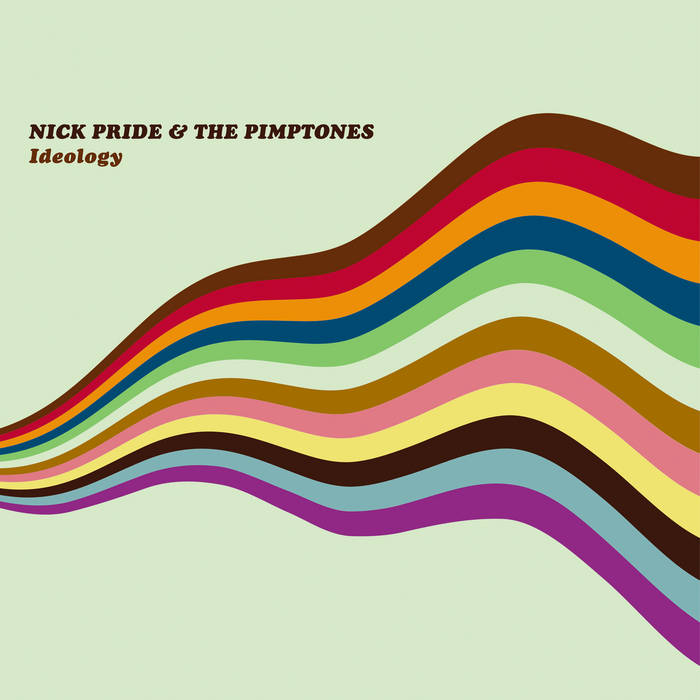 UK soul and funk institution Nick Pride & The Pimptones are back with their first full album since 2016. Four years in the making, "Ideology" featuring the two singles “Don’t Turn Me Loose” and “Four Leaf Clover”. The Pimptones sound is the coming together of funk and soul, jazz and blues, disco and dance, tightly performed with pop sensibilities and a feel for the classic.

Nick Pride formed The Pimptones back in 2007 to deliver funk, soul and jazz with tight musical arrangements and a great live show. Since then the group has toured Europe, recorded four albums (“Go Deep” and “Rejuiced Phat Shake” on Légére Recordings, “Midnight Feast Of Jazz” on Record Kicks and the self released “It’s The Pimptones”). dabbled in various side projects and gained international airplay and recognition. However, following “Go Deep” (2016), it was time for the band to go through a reinvention. The Pimptones now return refreshed and retooled. New singer and full time band member Eliza Lawson plus an all new rhythm section now perfectly compliment the horn section, always a Pimptones trademark.

From the more modern soul pop of “Four Leaf Clover” and “Put It On The Record”, the disco of “Keep It In The Family”, the organic funk of “Mama Got The Nasty Jams” to the Latin jazz of “UNITY”, “Ideology” is not afraid to stretch out musically. But the twelve new tacks push the envelope lyrically as well, as Nick Pride explains: “For this album I wanted to talk about issues which mean something to me in a way which I hadn’t tried on previous records. The challenge is to write about equality, acceptance, feminism and social justice whilst producing a record that’s fun to listen to.”

“Queens Are Stronger Than Kings” dreams of a world run by women rather than our male dominated political systems. “Oh Michelle” laments Michelle Obama’s absence from office and dares to wonder how her government might handle today’s America. “Woke” speaks of an individual’s awakening from antiquated oppressions and seeing an old world with a new perspective: “This world is putting so many issues into clearer focus right now. We all have learning to do, we can all have these light bulb moments!” With awareness comes debate, and with debate there comes conflict. The song “Talking Bout Love” touches on the arguments which can follow. “Especially on social media, I see people so focused on trying to ‘win’ the debate or trying to sound cleverer than, or superior to, each other. This song takes a step back and asks which side of any given argument you should want to be on by the simplest possible criteria – are you on the side of compassion?”

Meanwhile when it’s time for a straight ahead love song, the band delivers Northern Soul stompers “Don’t Turn Me Loose” and “One More Tear”, bangers which would sit happily on any of The Pimptones’ previous albums. “Gotta Shimmy” is the type of irresistible instant funk that this band was born to play! I set myself the challenge of writing lyrics with purpose and message but not losing the joy of what soul music can be. Ultimately, the “Ideology” of this album is full of optimism and hope for a better future”.

All songs written and arranged by Nick Pride

After more than a decade on the Funk and Soul scene, Nick Pride & The Pimptones boast a back catalogue of five full studio albums plus a whole host of side projects and extra releases to discover. Composer and songwriter Nick Pride's slick arrangements have all the harmonic sophistication that the jazz cats love, delivered with a heavyweight punch that keeps the dance floor moving. ... more

Bandcamp Daily  your guide to the world of Bandcamp